Clara Blackstone— Standup Austin, TX A random person on the internet once called Clara "weird in a really inviting way." Clara has been bewildering crowds in the Austin area for over 5 years now delivering a unique blend of absurdist one-liners interwoven with real-life experiences. Their musing on drugs, family, and sexuality bring you on a relatable and empathetic tour of their life. Clara can walk you into dark or strange places with the comfort of knowing it gets better and its okay to laugh. In 2018 Clara was a semi-finalist in the Funniest Person In Austin contest and has been regularly performing on shows at Cap City Comedy Club and The Velveeta Room. Come see what all the fuss is about. Ky Krebs— Standup Austin, TX Ky Krebs is an Austin, TX-based stand-up comedian whose queer perspective and sharp wit delve into an absurd reality that manages to be both dark and playful. His self-produced, self-titled album debuted at #2 on the iTunes Comedy Charts. He also recently recorded his second special, “Oops, All Gay Jokes” in June 2019. He is the cohost of the podcast Extra Salty which dives deep into resentment and why people hold onto it or how they manage to let resentment go. Ky has been described as "a Birbiglia-esque storyteller and a masterful one" by Dallas's TheaterJones publication. Atlanta’s Project Q & Q Magazine say, “Ky brings a mix of charm, sass and intelligent joke writing in his arsenal to entertain all over the US.” Austin's ComedyWham has also said, "Krebs’s story is raw, inspiring, and he has plenty of experience to share about comedy, writing, and life in general. In a career, as in life, where finding your own voice is critical, he’s well on his way." Night Attack— Podcast Austin, TX Brian Brushwood and Justin Robert Young are the #1 Billboard Comedy charting duo Night Attack. They bring their irreverent brand of banter, games and characters to your face in a live setting. BB and JRY want nothing more than to make you laugh so hard that you feel guilty and ashamed. 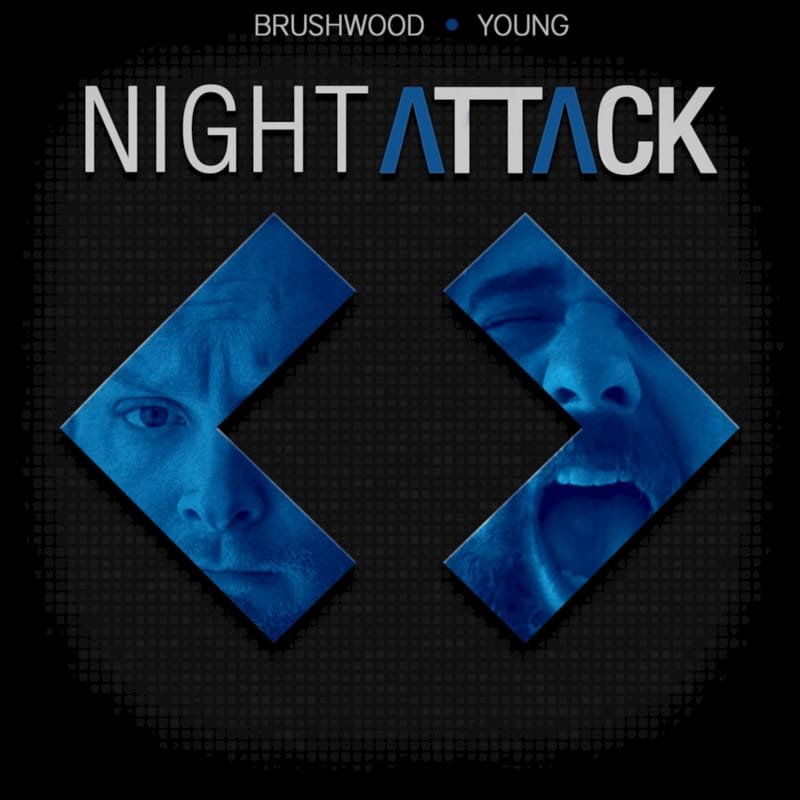